GARED s.r.o. was granted a license to use the patented Outlast® thermoregulation material and became an official partner of Outlast Technologies LLC, Golden.

Outlast® was made for space

When an astronaut ascends into space, he or she is in extreme temperatures. NASA therefore wanted to create a material that would be able to keep astronauts thermally comfortable in extreme heat and extreme cold. The development of such a material began in 1988 and was used in spacesuits in the early 1990s. Due to the excellent properties of Outlast® materials, their ease of maintenance, reasonable cost and the ability to use its properties in almost any textile, it soon became clear that Outlast® would not just end up in astronaut suits, but had a high potential for use by the general public.

As early as 1991, Outlast Technologies, LLC. obtained a patent for the commercial use of the technology and was looking for applications. It turns out that Outlast® is great wherever the human body needs to grapple with temperature changes. Thus, in 1998, the first clothing with the revolutionary Outlast® material layer is available on the market.

Outlast Technologies, Inc was founded in 1990 and is headquartered in Boulder, Colorado / USA, with European headquarters in Golden / Germany, and Asian headquarters in Tokyo / Japan. Outlast® technology was originally developed for NASA to protect astronauts from temperature fluctuations. In 2003, it received the prestigious "Certified Space Technology™" award. Today, Outlast® has over 96 issued patents and 59 pending patents for temperature regulating materials.

The company is a leader in the field of thermoregulating materials that work on the principle of change of state (PCM). It offers many variations of materials that incorporate the intelligent Outlast® technology and works with more than 300 brands in apparel, footwear and bedding. In addition to these traditional areas, Outlast® is actively used in other areas: packaging and furniture, military industry, as well as in medicine and many other areas.

Every product with Outlast® technology is tested during the production phase to ensure the highest level of quality and reliability. 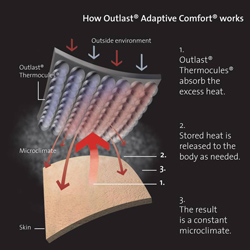 The principle of Outlast® is unexpectedly simple:

Remember the change of state in physics class? When substances change from solid to liquid, they consume heat and store it. When they change from liquid to solid, they release heat. That's how Outlast works. Textiles with an Outlast® layer contain microscopic particles of a substance in their fibres that accumulate and absorb or release heat as best as possible, taking into account the temperature requirements of the human body. The state-changing material is housed inside microscopic capsules that are very durable - they do not burn, adapt to changes in the volume of the inner material and are resistant to mechanical damage to withstand the processing itself and the subsequent wearing of the garment. 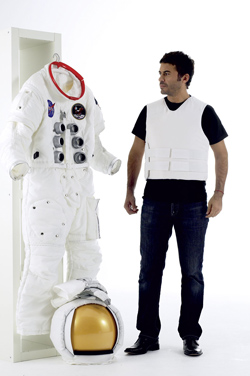 Outlast® is thus made up of microscopic beads called Thermocules®. In Thermocules® there is actually a constant cycle of change of state. As a heat accumulator, it never runs out. These spheres are injected directly into the fibers from which fabrics are woven, are part of a special layer of shoe laminates, or are applied to non-woven fabrics. Outlast® is completely invisible at first glance and does not change the texture or appearance of the fabric. All clothes can even be washed in the washing machine. What's more, Outlast® can be used anywhere - in space, in Greenland, in the Czech Republic, for virtually any purpose... even in bulletproof vests.

You don't have to be cold or hot anymore

Outlast® is unrivalled in terms of ideal thermal comfort. Not hot, not cold. It's just right.

Outlast® balances the temperature changes of the internal and external environment, creating a comfortable microclimate between the skin and the Outlast® layer. Thanks to its ability to repeatedly store heat and then release it again, it maintains a stable temperature at all times.

So what kind of feeling does Outlast® give you, you ask?

Outlast® can both warm and cool. It depends on your body temperature and whether you need to cool or warm. Simple, right?

While most "sweat reducing" materials work on the principle of quickly and thoroughly wicking sweat away from the body, Outlast® reduces sweat production directly. How is this possible? Let's recall how sweat is produced. We sweat when our brain assesses the situation and determines that the body is too warm. It then sends a signal to cool down. That's when the beads of sweat start popping out. However, Outlast® prevents this from happening - it immediately removes the heat from the body and accumulates it in Thermocules® capsules. The brain, when evaluating the situation, thus determines that the body temperature is fine, i.e. there is no need to cool down. Therefore, you sweat much less.

NASA scientists have developed Outlast® as a material that can store and release heat. Used in the textile industry, it helps to create a stable microclimate between the skin and the fabric.

Under a microscope, Outlast® looks like tiny beads that are inside the fibres of the fabric. The substance, which accumulates heat, changes its state of aggregation. To prevent it from leaking or evaporating, it is encased in a layer that is strong enough to withstand wear and tear and the production of the clothing itself. 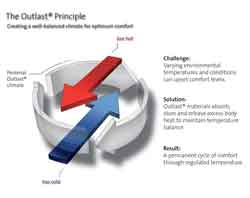 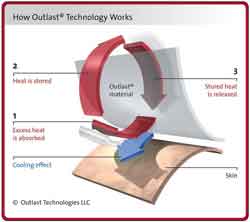 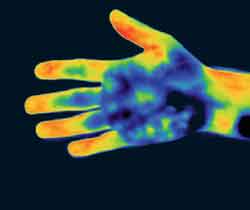 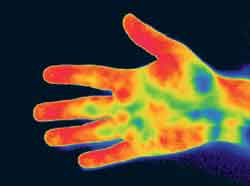 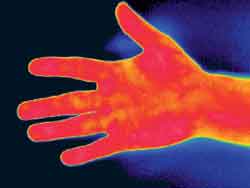 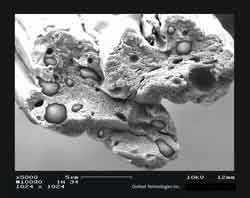 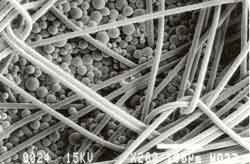 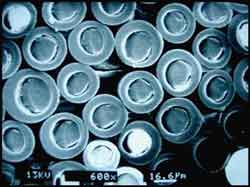 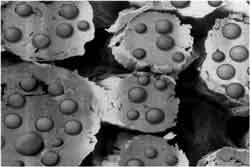